You are here: Home / Business / Janesville asks GM for $25 million 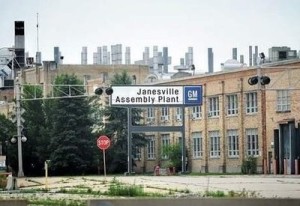 Janesville’s City Manager is asking General Motors to help establish a “legacy fund” to honor the company’s history in the community. GM operated a plant in the city from 1919 to 2008, employing as many as 7,000 workers at its peak.

GM halted production in Janesville in 2008, and officially closed the sprawling plant last fall. Efforts are underway to sell the site.

The Janesville Gazette has obtained a letter from City Manager Mark Freitag to GM’s CEO suggesting a $25 million gift to establish a fund intended to enhance economic revitalization and sustain community development.

In the letter, Freitag used the past philanthropy of the Parker Pen Company as an example to follow. GM spokesman Dan Flores told the Gazette that the request is legitimate, and GM is reviewing it.