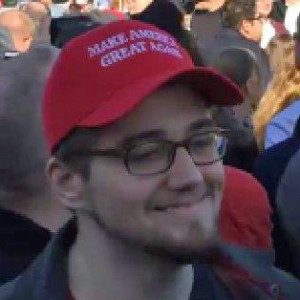 Janesville Police are turning to the public to help identify a man suspected of pepper spraying a 15-year-old girl in the face, following Republican presidential candidate Donald Trump’s rally Tuesday at the Janesville Conference Center and Holiday Inn Express.

Janesville Police said at a news conference that a teen had been groped by a man in the crowd, and that when she pushed him away, another person pepper sprayed her.

The teen and another person who was also hit by the spray were treated and released at a local hospital. Anyone who can identify the man in the photo is asked to contact Janesville Police.