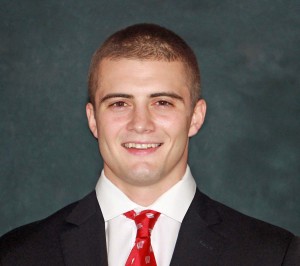 Wisconsin junior Isaac Jordan is headed to the 165-pound final at the 2016 NCAA Wrestling Championships after downing his cousin, Bo Jordan of Ohio State, in a thrilling 5-4 match in the semifinals on Friday.

Isaac Jordan is going to his first NCAA final after clinching his fourth career win against his cousin.

Jordan is the first NCAA finalist for the Badgers since Tyler Graff took runner-up at 133 pounds in 2014.  he will face two-time national champion Alex Dieringer of Oklahoma State at 7 p.m. CT.

Jordan is the lone All-American for Wisconsin this season, as junior Ryan Taylor was knocked out of competition in the Blood Round.  The 2015 All-American was pinned by Nebraska’s Eric Montoya at 3:23 and finished his junior campaign with a 12-7 record.