You are here: Home / News / Kasich to hold Wisconsin campaign event in Wauwatosa 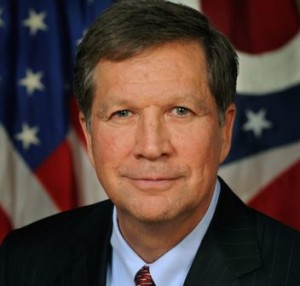 Wisconsin will get its first primary season visit from a presidential candidate next week.

Republican presidential hopeful John Kasich has scheduled a town hall for next Wednesday, March 24. The Ohio governor will be at the Crowne Plaza in Wauwatosa, for an event that’s scheduled to start at noon.

Kasich is the first candidate still in the race from either party to announce a campaign stop in the state this year. Democratic candidate Hillary Clinton’s campaign also announced Friday that her daughter, Chelsea Clinton, will attend events in Madison, Milwaukee, and Waukesha next Thursday, on her mother’s behalf.

Wisconsin is likely to see more visits, as the three Republicans and two Democrats seeking their party’s nominations shift their focus to the Badger State, with just weeks to go before the state’s April 5 presidential preference primary.