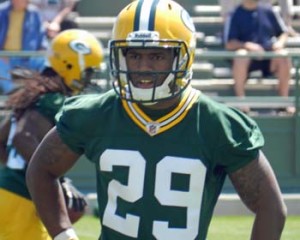 The Green Bay Packers lost their second free agent of the weekend when cornerback Casey Hayward signed a three-year deal with the San Diego Chargers worth slightly more than $5 million per season and includes just short of $7 million in guaranteed money.

The Packers made no attempt to re-sign Hayward because they already have excellent depth at the position.  Issues with Hayward’s tackling and speed have also become of concern.

Hayward was also reportedly negotiating with San Francisco and Kansas City, but the Chargers won the bidding war.

The additions last season of Damarious Randall and Quinten Rollins have the Packers well-stocked on the outside along with starter Sam Shields.  The Packers also have Micah Hyde, Robertson Daniel, LaDarius Gunter and Demetri Goodson in a reserve role.

The Packers also lost free agent quarterback Scott Tolzien to Indianapolis.  Tolzien gets a two-year deal with the Colts and moves up second year quarterback Brett Hundley into the backup position behind Aaron Rodgers.