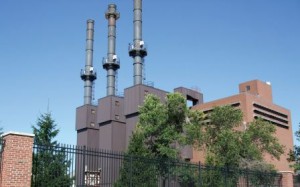 A new report shows Wisconsin has the highest electricity rates among state in the Midwest, although prices are in line with the national average and consumer bills are actually lower than in many other states.

The draft report released by the Public Service Commission this week shows the average monthly electric bill in the state is $97, which is about $8 above the overall average of eight Midwestern states. The national average is just over $118 a month. The report showed the average rates in the state are 10.97 cents per kilowatt hour, while the Midwest average is 9.58 cents.

Despite the higher rates, energy efficiency and conservation programs, like the statewide Focus on Energy program, are being credited for keeping bills lower. “Although electricity rates continue to increase, customers can mitigate some of the impact of the increases on their individual bills through increased conservation and energy efficiency,” the report said.

The rate hikes are largely attributed to a “capital-intensive industry,” where increases are needed to pay for new investments in transmission, generation and distribution of energy. “This investment is necessary to replace aging facilities, comply with federal regulations, and develop new renewable energy resources,” the report said, while also noting that lower fuel and purchased power costs have helped to offset these increases.

The PSC plans to hold a public hearing on the report in May, while it’s also taking public comment through June.