You are here: Home / News / Sanders may campaign in Wisconsin this month 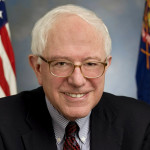 Will Wisconsin be “feeling the Bern?” Vermont Senator Bernie Sanders made a Madison stop in July of last year, and his wife Jane says the presidential candidate may be back in the state later this month.

“One of the things that’s been wonderful about this election is, he started at three or four percent in the polls, and the more they know him, the more they like him,” Jane Sanders said.

The latest Marquette Law School Poll shows Sanders in a virtual dead heat with Hillary Clinton. Wisconsin’s presidential preference primary is April 5th, and turnout is expected to be the highest in decades, thanks largely to the presence of Republican front runner Donald Trump.

The Sanders campaign has opened up local offices in Madison, Milwaukee and Green Bay, an indication that the candidate is still hoping to be an effective challenger to Democratic front runner Hillary Clinton.

“The difficulty there is time,” Jane Sanders said. “Whether we’ve got enough time to reach out to the voters in every state. Half the states haven’t voted yet, and we’re doing the best we can.”

“The endorsements that we want are from the people that are working on Main Street, as opposed to the people who are the establishment.”