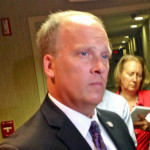 Wisconsin Attorney General Brad Schimel has filed a brief with the state Supreme Court supporting guns on Madison city buses. Wisconsin Carry filed a lawsuit in 2014. The suit seeks a declaration that state law trumps Madison Metro’s ability to ban carrying of guns on buses and at bus shelters. Madison resident Thomas Waltz, who contacted Metro in 2012 to point out what he said was a discrepancy between state law and the gun ban policy, is also a plaintiff.

The 4th District Court of Appeals upheld the local restriction in August, saying the prohibition is a rule, not an ordinance or resolution. Wisconsin Carry has appealed to the Supreme Court.