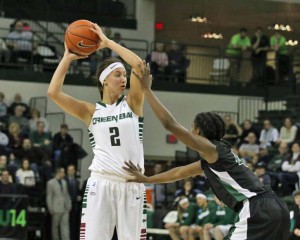 Green Bay Phoenix women’s guard Latesha Buck has asked for and been granted her release from the Green Bay women’s basketball program.

Buck, from Red Wing, Minnesota,  averaged 8.9 points and 3.4 rebounds in 32 games last season as a junior.  Those numbers were down from her sophomore season when she averaged 11.6 points and 4.8 rebounds a game.

The Phoenix will lose their top three-point shooter.  Buck made 63 of her 166 three-point attempts (38%) last season.