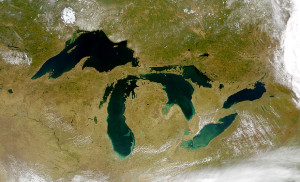 An environmental coalition says there is overwhelming opposition to Waukesha’s water diversion plan, citing a large proportion of those who registered comments in a regional review either opposed or expressed concern over the request. Because the because the Milwaukee suburb’s water source is tainted with radium and other contaminants, Waukesha is seeking to divert some 10 million gallons daily from Lake Michigan.

The city is located outside the Great Lakes watershed, necessitating a formal request under terms of the Great Lakes Compact. Wisconsin and six other states bordering the lakes are signatories to the compact.

Jodi Habush Sinykin is an attorney with Midwest Environmental Advocates. She said more than 99 percent of the comments oppose the diversion request, out of more than 11,000 that were submitted to the Regional Body and Compact Council prior to the closing of public comments on March 14.

“The extent of public concern and outcry shown, speaks to how important this first-of-its-kind regional decision will be seen by citizens throughout the Great Lakes region,” Habush Sinykin said.

A review of the comments was completed by a coalition of environmental groups which included Habush Sinykin’s organization, along with the River Alliance of Wisconsin, National Wildlife Federation, Milwaukee Riverkeeper and Clean Wisconsin.