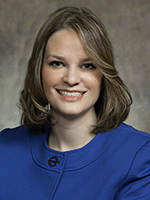 A series of bills signed into law by Governor Scott Walker last week are designed to help reduce college debt and get students into the workforce more quickly.

Supporters of the bills say they are a good step in the right direction towards preventing future debt. Critics contend the state should be doing more to help reduce the existing debt load of students who are already in a deep financial hole.

The laws signed by the governor include the creation of a student loan debt specialist position in the state Department of Financial Institutions, more coordination between education institutions for more internships, additional Department of Workforce Development Fast Forward worker training dollars for internships, and over $320,000 dollars towards emergency grants for students already in college who are in danger of not finishing their programs because of financial hardships.

During a forum at the UW Marathon County this week, Assistant Assembly Minority Leader Katrina Shankland (D-Stevens Point) repeated her party’s call for legislative action that would allow student loan debt to be refinanced. Shankland said “Republicans have voted against it or tabled it, and said that it won’t help, but what we do know is the vast majority of the people of Wisconsin support refinancing, and we also know it will save every person who has student loan debt up to hundreds of dollars a year, both on their taxes and by refinancing.”

The regulation that prevents student loans from being refinanced is a federal regulation, but Shankland said the states have the right to legislate this change, like Minnesota and Connecticut have done. “There is also a bill in Congress that would accomplish the same thing. It would allow for refinancing, and I think that’s a great place to start, but I also know that states are innovation labs, and that it’s state’s rights to create legislation that benefits the people.”

The Stevens Point Democrat noted that many young people are unable to contribute more to the economy because of their high student loan payments. “Whether it’s starting a business, buying a new car or house, starting a family, these things are crucial to the economy, and they stimulate the economy when you make these financial decisions, but if you have an average of $28,000 in student loan debt, you can’t do that.”

Opponents of the move have questioned how the state can guarantee a lower interest rate for loans, without taking on the financial risk itself.

Larry Lee at affiliate WSAU contributed to this report.