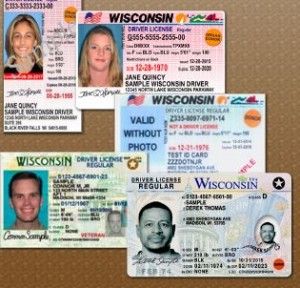 A federal appeals court has once again largely upheld Wisconsin’s voter ID law, although it is also asking a lower court to reconsider part of the requirement.

A three judge panel on Tuesday found those who face severe difficulties obtaining a photo ID for voting have a right to challenge the law, and the court should consider whether they should be able to cast a ballot without one. A federal judge in Milwaukee will now have to hold further hearings in the case.

The American Civil Liberties Union called the decision a victory for voters. Attorney Sean Young said “The court ruled that eligible voters facing difficulty obtaining ID have the right to challenge Wisconsin’s strict voter ID law. This ruling gives them the chance to go back to the lower court to make their case.”

The current case differs from a previous federal challenge to the law, which was rejected by the court, because it involves a narrow section of voters who face steep hurdles in obtaining a qualifying government-issued photo ID card due to situations such as errors on a birth certificate or the inability to receive a Social Security card. In Tuesday’s decision, the court noted the difference between the two cases. “Instead of saying that inconvenience for some voters means that no one needs photo ID, plaintiffs contend that high hurdles for some persons eligible to vote entitle those particular persons to relief. Plaintiffs’ approach is potentially sound if even a single person eligible to vote is unable to get acceptable photo ID with reasonable effort. The right to vote is personal and is not defeated by the fact that 99% of other people can secure the necessary credentials easily.”

Department of Justice spokesman Johnny Koremenos noted the court still found the law is unquestionably constitutional for the millions of people who already have or can easily get a qualifying photo ID. “The Court remanded for the parties to determine only a narrow issue: if there is anyone in Wisconsin who cannot get photo ID with “reasonable efforts,” in light of the procedure that the Department of Transportation has created to help people get photo ID, entirely free of charge. Given the overwhelming success of the DOT program, and the fact that our State’s recent primary elections involved record turnouts, we are confident that we will prevail on the narrow issues that the Court remanded on.”