You are here: Home / Brewers / Garza to miss his next start 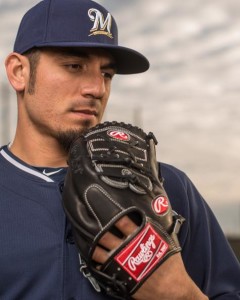 The Milwaukee Brewers confirmed that right-hander Matt Garza will miss his scheduled start on Wednesday with a tight throwing shoulder suffered in last Friday’s exhibition game at Houston.

After the game, the Brewers thought Garza would be ready to go, but an exam Monday with team doctor Williams Raasch showed otherwise.  Garza’s future remains uncertain, but he will not go on the disabled list for now.

Taylor Jungmann will move up his scheduled season debut by one day and start on Wednesday on his normal rest, and number-five  starter Chase Anderson will go on Friday instead of Saturday against the Houston Astros.

Jimmy Nelson faces the Giants in game two of the series on Tuesday night.