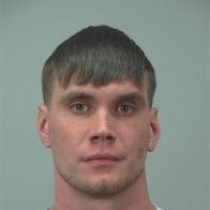 The death of a toddler is Madison’s fourth homicide of the year. The boyfriend of the 2-year-old’s mother is being charged with first degree reckless homicide in the death of the child, according to the Madison Police Department.

Police said 25-year-old Joshua S. Gehde was to appear in court Tuesday afternoon. Officers were called to an apartment on Onsgard Road on April 12.

Police said the 2-year-old girl later died at a hospital after she was critically injured in the apartment.