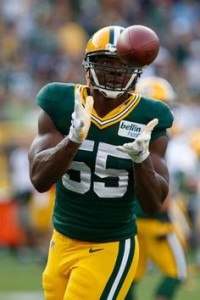 The Packers had chosen not to submit a minimum restricted free-agent tender offer of $1.67 million last month, making Mulumba a free agent.

As a rookie, Mulumba was a regular on special teams and wound up playing 298 snaps on defense.  But Mulumba tore his ACL early in the 2014 season and then didn’t play much last season.

Mulumba was active for just seven of 18 games and played just 40 snaps on defense and 19 on special teams last season.

He was originally signed by the Packers as an undrafted free agent in 2013.