You are here: Home / Crime / Courts / One suspect in Green Bay homicide still being sought 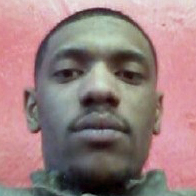 One of two suspects charged in connection with a Green Bay murder made his first court appearance Monday. Police are still looking for a second suspect, Devin Landrum, in the April 2 murder of 25-year-old Ricardo Gomez.

Twenty-year-old Richard Arrington appeared in Brown County Circuit Court on video on a count of first-degree intentional homicide. Arrington had his bond set at $750,000 cash and will return to court for a preliminary hearing on April 20.

Green Bay police revealed more about what it took to get Arrington to surrender on Friday.

“The community came together to provide information. The Milwaukee Police Department and Mr. Arrington’s family helped get a safe return for Mr. Arrington,” Captatin Kevin Warych of the Green Bay police department told FOX 11. “If you take one of those stakeholders out of the mix, we may not be where we are today.”

According to the criminal complaint, a witness in the same car as Arrington saw him fire approximately 3 shots at 2 men near the entrance of a home on Day Street.  Police found Gomez on the ground, suffering from a gunshot wound. He later died at a hospital.

Landrum is also mentioned in the report as an accomplice in the shooting. Green Bay Police said they would like another collective effort to bring Landrum into custody.