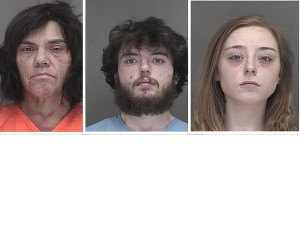 A mother, son and his girlfriend were arrested after Ashwaubenon Public Safety officers discovered the trio living in a drug house. Officers responded Wednesday to a call for a man who had overdosed on heroin. They were able to administer Narcan to 22-year-old Nicholas Hermes and resuscitate him.

Nicholas Hermes was also arrested on on charges including possession of heroin, along with his girlfriend, 22-year-old Chelsea Petts. The Brown County Drug Task Force assisted Ashwaubenon Public Safety.