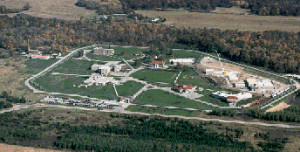 Fond du Lac Police are investigating the death of an inmate at the Taycheedah Correctional Institution earlier this month.

Assistant Police Chief Steve Thiry says officers were notified last week about an ambulance call to the facility for an inmate who had collapsed. He says their investigation into the death is still in its early stages. Officials have not said how the woman died.

The women’s prison is located on the east side of Fond du Lac.

The Department of Corrections has confirmed that 34-year-old Crystal McClendon died on April 13. She was confined at the prison at the time. Her death is currently under review and spokesman said no additional information can be shared at this time.

UPDATE: This story was updated to reflect a change to a misstated date by police listed in an earlier version.