You are here: Home / Health / Medicine / Report: e-cigarette use climbing among teens 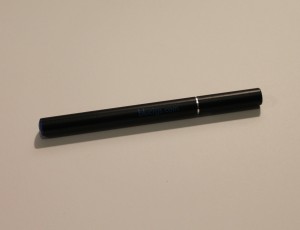 The Centers for Disease Control and the Food and Drug Administration have released data showing that e-cigarette usage is on the rise and replacing cigarette usage for high school students.

From 2011 to 2015, e-cigarette usage jumped from 1.5 percent to 16 percent among the high school-age population. Central Wisconsin Tobacco Free Coalition coordinator Destinee Coenen worries many of those users think they are using a healthier product, but she contends e-cigarettes are just as much a tobacco product as the typical cigarette since many contain nicotine.

Coenen is concerned about the misconception that e-cigarettes are “harmless.” She says that nicotine isn’t the only common factor between many e-juices and other tobacco products. “Nicotine is known to have harmful effects on adolescent brains because of the addictiveness of it, but new studies are coming out that have shown that some e-cigarettes contain formaldehyde and dioxidal chemicals that are known to be harmful to the human body.”

According to Coenen, a lack of quality control in the young e-cigarette industry is leaving a loophole for kids to legally get a hold of nicotine. “Our law is written in a way that says that youth cannot purchase nicotine-containing products, so a youth could go into a store and purchase an e-juice…but at this time, e-cigarettes are not regulated, so studies have shown that the non-nicotine juices actually do sometimes have nicotine in them.”

Coenen says that the communities need to work together to change the perception of vapor products as simply water vapor with no harmful effects.  Smokeless tobacco usage is also gaining popularity in high schools with a 67% increase in usage between 2012 and 2014.