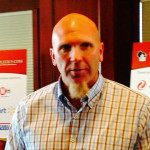 In a statement, the real estate mogul and Republican front-runner calls Wiley “a seasoned political expert with a very successful career in winning elections.” Wiley cited fundraising challenges as a chief reason for Walker’s abrupt departure from the race last September.

Wiley said in a statement that Trump has “energized millions of hard-working people across the country with his no-nonsense straight talk and will bring his record of success to tackle the real problems that face our nation.”