You are here: Home / News / Ryan to GOP convention delegates: ‘count me out.’ 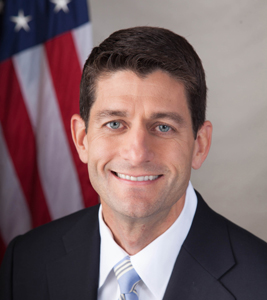 House Speaker Paul Ryan makes it about as unequivocally clear as possible, saying on Tuesday that he won’t accept the Republican party’s presidential nomination. “We have too much work to do in the house to allow this speculation to swirl, or to have my motivations questioned,” Ryan said at a press conference in Washington, D.C. “So let me be clear: I do not want, nor will I accept the nomination for our party.”

Ryan will serve as the chair of this summer’s Republican National Convention in Cleveland.

“Let me speak directly to the delegates on this. If no candidate has a majority on the first ballot, I believe that you should only choose from a person who has actually participated in the primary,” Ryan said. “If you want to be the nominee for our party, to be president, you should actually run for it. Count me out.”

The Janesville Republican, who was the party’s 2012 vice presidential candidate, has for weeks been fending off speculation that he could be some sort of consensus candidate if the convention deadlocks after a first vote. Ryan said that in his role as convention chair, he’ll urge delegates to enact a rule that “you can only nominate someone that actually ran for the job.”

Ryan also rejected any comparison between being a presidential nominee and being named House Speaker, a role he acceded to last September after Ohio Congressman John Boehner announced he would step down. “Apples and oranges,” said Ryan. “I was asked by my colleagues to take a responsibility within Congress, that I’d already been serving in, than the one that I had. That is entirely different than getting the nomination for President of the United States from your party, without even running for the job.”