You are here: Home / Badgers / UW’s Hayes declares for the NBA Draft 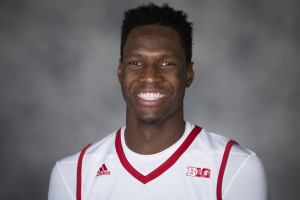 Wisconsin Badger forward Nigel Hayes has reportedly decided to make himself available for the NBA Draft on June 23rd.

Adrian Wojnarowski of “The Vertical” tweeted that Hayes will not hire an agent, which means he can decide to return to school by May 25th after the league’s scouting combine, which runs May 11th through the 15th in Chicago.  Hayes hasn’t yet received an invite to the combine.

Hayes’ three point shooting percentage plunged from 40 percent in his sophomore season to 29 percent last season.  He did score more as a junior, averaging 16 points a game, compared to 12 as a sophomore.

Hayes struggled during the NCAA Tournament and made just four of 12 shots from the field in Wisconsin’s season ending 61-56 loss to Notre Dame.