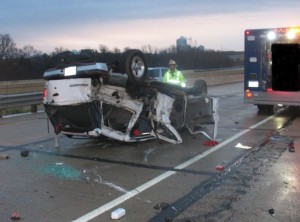 The state Department of Transportation says preliminary figures show last month tied for the fourth safest month of April on Wisconsin roads since World War II. Traffic fatalities were also 12 fewer than the same month last year, but one more than the five year average.

As of April 30th, 161 people have died as a result of traffic crashes in the state. Those figures include 14 pedestrians, four motorcyclists, and three bicyclists. The year-to-date total is 11 more than the same period during 2015 and 26 more than the five-year average.