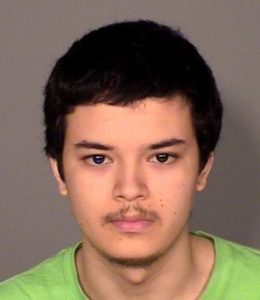 One of two Minnesota men accused in the murder of a Manitowoc resident in early February appeared for a bail hearing Monday afternoon in Manitowoc County Circuit Court. Twenty-two-year-old Quinn Orn Smith of St. Paul is charged with one count of first degree intentional homicide as party to a crime, in the death of 52- year-old Kor Yang.

Yang was fatally shot when he answered a knock at his front door early on the morning of February 5th.

District Attorney Jacalyn Labrae requested, and Court Commissioner Patricia Koppa agreed to, a $500,000 cash bond. “The defendant is facing very serious charges, they are the most serious charges that we can issue. The defendant has no context to this area, no relatives in this area, and he has incentive to flee based upon the charges,” Labrae said.

A second suspect-25-year-old Joe Vang, is still at large.

Investigators have said that both men are members of the Asian Crips street gang from the Twin Cities, but have declined to offer a possible motive for the shooting.

Conditions of bail are that Smith have no contact with anyone of the victim’s family, not leave Manitowoc County without the court’s permission and provide photos and fingerprints at the Manitowoc police department. Smith remains in the county jail and his initial appearance is scheduled for May 23rd at 2:30.