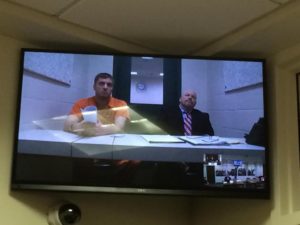 A man accused of killing his live-in girlfriend in Brown County had his bond set at $1 million cash.

Investigators spent Monday searching the couple’s Ledgeview home for evidence. Their home is about 3 miles from where VanderHeyden was found.

In court Wednesday, prosecutors say VanderHeyden had been strangled and beaten. They also say a shoe print found on the her body, matches a shoe found in Detrie’s home.

Defense lawyers argued that there wasn’t enough evidence to hold Detrie. Detrie returns to court for his initial appearance on June 2.