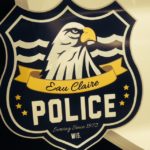 Four adults and a juvenile were arrested Monday night after a fight at the Eau Claire YMCA, during which a police officer was sprayed in the face with pepper spray.

According to Eau Claire Police, three men and a 15-year-old male were on the basketball court when a fight broke out and the teen was punched in the face. He called his mother, 43-year-old Veronica Sharkey, who went to the Y and confronted the men. It was Sharkey who sprayed pepper spray during the altercation.

The three men arrested are 18-year-old Montay Brunson, 17-year-old Robert Demerath, and 17-year-old Marcus Wells. Sharkey also faces charges. The juvenile was taken to juvenile detention and is being referred for charges.