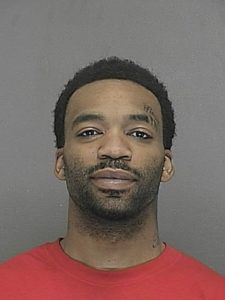 Green Bay police are searching for a suspect involved in a weekend shooting. Police say 27-year-old Chauncey M. Hughes is wanted in connection with a shooting on Dousman Street Saturday morning that sent another man to the hospital.

The 27-year-old victim is expected to survive.

“We understand that events of this nature are very alarming to people living in the community,” the police department said in a news release.

Police think Hughes may be in the Fox Valley area. He is considered armed and dangerous, and police say anyone who sees him or knows where he is should not approach him.

Hughes has a distinctive Milwaukee Brewers logo tattooed on his neck.