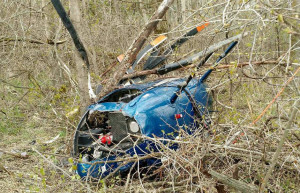 A 61-year-old Madison man is dead, after the helicopter he was piloting crashed in a rural area in Manitowoc County.

Manitowoc County Sheriff Rob Hermann said the crash occurred just after ten Wednesday morning in the Town of Maple Grove, where the pilot was assisting a construction company in stringing transmission lines from the Point Beach nuclear power plant to a junction. Hermann said a witness told deputies the helicopter appeared to have just “shut down” and hand not struck anything.

The pilot’s name has not been released. The National Transportation Safety Board and Federal Aviation Administration are aiding in the investigation.