You are here: Home / Brewers / Nelson solid in Brewers victory 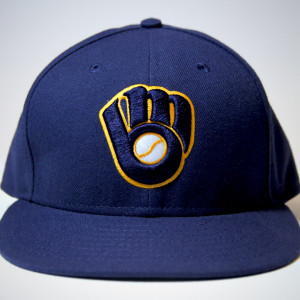 Brewers starter Jimmy Nelson continued his early season success, leading the Milwaukee Brewers to a 8-5 win over the Los Angeles Angels of Anaheim.

Nelson worked seven strong innings, advancing beyond the sixth for the third time this season.  He is the only Brewers pitcher to do so.  Nelson allowed just two runs while striking out six, improving to 4-2 on the season.

Nelson even helped his own cause, collecting two hits and driving in the run that put Milwaukee in front for good in the fifth.  Nelson faked a bunt and drove a single to right.

Ryan Braun went 3-for-3 with a double and an RBI as the Brewers scored four runs in both the fifth and sixth innings to win their second straight.

While the Brewers were winning for the second straight day, they also ended their eight-game losing streak against the Angels in Milwaukee.  Prior to Monday night, the last victory over the Angels came back in 1997 at old County Stadium.