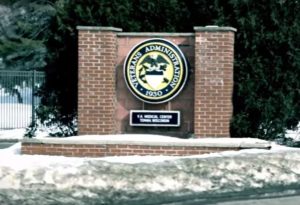 The campaign of Democratic U.S. Senate candidate Russ Feingold says at least three TV stations in the state have pulled a campaign ad that made false claims about him.

The ad from the Freedom Partners Action Fund claims the then-Senator ignored a 2009 memo about prescription abuse at the Tomah VA medical center, which become embroiled in a scandal five years later over the very same issue. Feingold’s campaign has insisted for months that the ad is false, noting that the person who marked it as delivered later admitted it was not. In a call with reporters Monday, Feingold campaign manager Tom Russell said “it’s been clear for months that this charge is a bogus charge.”

The Feingold campaign says two TV stations in Green Bay and one in Madison pulled the ad because of those concerns. Russell called it “exceedingly rare” and “unprecedented” for so many stations to pull an ad so quickly.

Feingold is challenging Republican U.S. Senator Ron Johnson, who unseated the Democrat in the 2010 election. Johnson has also faced criticism for his staff failing to make him aware of a report about opiate abuse in Tomah for several months, which Feingold’s campaign targeted in an ad released last week.

A spokesman with Freedom Partners Action Fund, which is funded by billionaires Charles and David Koch, said Monday the ad was being updated to include new information, such as an additional memo Feingold ignored. Feingold’s campaign argued that memo is not related to the Tomah issue at all though.

In a statement, campaign spokesman Michael Tyler said “Johnson’s allies are now trying to weasel their way back onto the airwaves with more deception – citing a document that says absolutely nothing about the tragic overprescription of opioids at the Tomah VA. The Koch’s would rather double down on a lie than accept the truth that Sen. Johnson has failed Wisconsin’s veterans miserably.”