You are here: Home / Badgers / UW’s Burke headed to the NWHL 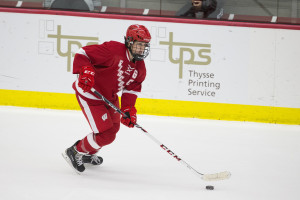 Wisconsin women’s hockey defenseman Courtney Burke is taking her act to the Big Apple, as the 2015-16 UW Captain signed a deal with the National Women’s Hockey League’s New York Riveters on Thursday.

Burke ended her career last season with 108 points, which ranks third in school history among UW defensemen.  As a All-American in 2016, Burke paced the WCHA last year in defensemen points with 35 and ranked fourth in the NCAA in defensive scoring, averaging 0.88 points a game.

Burke captained the Badgers’ to the 2015-16 WCHA regular season title and the 2016 WCHA Final Face-Off crown as well as leading UW to its third-straight NCAA Frozen Four appearance.