You are here: Home / Crime / Courts / Appleton man gets life in prison for Green Bay murder 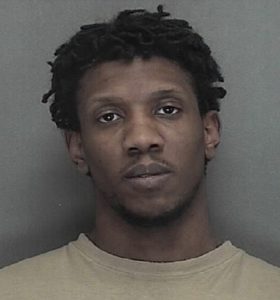 The man convicted of killing a woman in a parking lot near the UW-Green Bay campus last summer will spend life in prison.

A Brown County judge handed down the sentence Tuesday to 27-year-old Percy Sims, who will be able to seek parole in 40 years.

Sims pleaded guilty in April to the shooting death of 39-year-old Krystal Torres-Smith in June 2015. Prosecutors say Torres-Smith planned to buy marijuana from Sims, but he shot her instead.

Torres-Smith’s body was found in an SUV. Court records say Sims took her cell phone, and police were able to find him in Appleton by tracking it. Her blood was also found on his clothing.