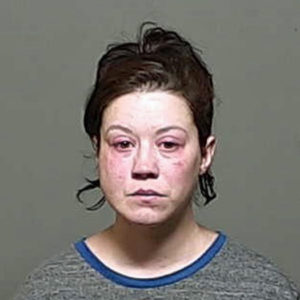 Prosecutors are charging an Appleton woman with murder, for the stabbing death of her husband. Thirty-four-year-old Tina Hafeman was arrested last Friday, several hours after 35-year-old Chad Hafeman was killed. Court Commissioner Brian Figy set her bond at $500,000 during a hearing Monday afternoon.

Court records say the couple went drinking last Thursday night, after Chad got a raise at work. An argument ensued at the couple’s residence on N. Durkee Street. Chad Hafeman was stabbed twice in the chest. He was rushed to a hospital where he later died.

The criminal complaint states the Hafemans tended to fight when they were intoxicated. Tina Hafeman says she blacked out from drinking, but did recall seeing blood on her husband. Some of Tina’s family members say she went to them for help and admitted to stabbing Chad.

The couple’s 6 children were in the home at the time of the stabbing, according to Outagamie County District Attorney Carrie Schneider.