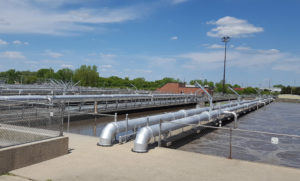 A newly released state audit shows the Department of Natural Resources was behind in evaluating wastewater permits and carrying out enforcement actions against some of the state’s largest potential polluters over the past decade.

The findings are part of a report from the non-partisan Legislative Audit Bureau, which looked at DNR activity on wastewater treatment permits between 2005 and 2015. The agency is required to make sure the roughly 1,250 municipal and industrial wastewater operations, along with Concentrated Animal Feeding Operations (CAFOs), are complying with the conditions of the permits they have been issued.

The LAB found numerous permits were extended without a review by the agency because staff members were unable to deal with a growing backlog, along with inconsistent visits to permit holders across its five regions and varied levels of enforcement against CAFOs. The report also said the DNR did not consistently follow its policies for issues enforcement letters to municipal and industrial permittees, with auditors finding notices were sent in only 33 of 558 instances where one should have been issued.

State Senator Rob Cowles (R-Green Bay), who co-chairs the legislature’s audit committee, said he was “quite concerned” with the findings of the LAB. “I think the people of the state want high water quality and they want to know that the laws are being enforced. There’s a question of whether they are being enforced here,” he said.

Cowles singled out staffing shortages as a driving force behind many of the issues identified in the audit, and he has asked the LAB to determine how much it would cost to give the agency the resources it would need to have adequate staffing.

In a statement, DNR spokesman Jim Dick said the agency “has recognized many of the issues identified by the audit bureau, and has already, or is in the process of, establishing systems to address them.”

Cowles said he is encouraged by the DNR’s willingness to try and address the problems highlighted in the audit, which will receive a hearing at the Capitol at a later date.