You are here: Home / Brewers / Braun among NL outfielders in all-star balloting 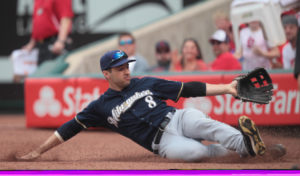 Braun is the only Brewer among the leaders in early balloting.

The 2016 Major League Baseball all-star game will be played July 12 at Petco Park in San Diego.