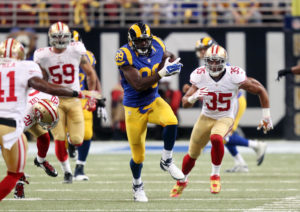 According to the USA Today Network-Wisconsin, the procedure was considered a preventive operation.  A report says Cook could have played if there was a game on Sunday.

Cook is expected to be ready for the start of training camp.  He wasn’t around for the open to the public OTA on Thursday.  He had participated in the open workout the previous week.

The 29-year-old Cook signed a one-year, $2.75 million contract with the Packers after being released by the Rams in February.  Prior to arriving in Green Bay, Cook has spent his entire professional career under head coach Jeff Fisher, four years with the Titans and three with the Rams.