You are here: Home / Crime / Courts / DNA leads to arrest in 2010 sexual assualt 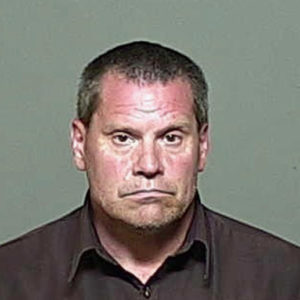 Appleton police have made an arrest in a five-year-old sexual assault case, thanks to the state’s DNA database. The case dates to November 11, 2010, when police say a 26-year-old woman was attacked while walking over the College Avenue Bridge around 11:15 p.m. She reported being grabbed from behind and repeatedly groped by a man she didn’t know.

The victim, police say, fought against the male, attempting to scratch and gouge at his eyes. “As we would tell any victim she fought hard to try to get away from him,” says Sgt. Dave Lund of the Appleton Police Department. “And while doing this inadvertently ending up with her fingers in his mouth.”

A search of the area by Appleton police officers were unsuccessful, but they managed to collect DNA samples during their investigation. “After a period of time our case went cold, we were unable to locate a suspect and we didn’t have additional information,” Lund says.

Fast forward to May 2016 when the Appleton Police Department got a databank hit confirmation from the Wisconsin Crime Lab. That DNA from the victim’s finger matched a man who had lived near the College Avenue Bridge in the Offender Index.

Forty-eight-year-old Eric L. Philipsen of Appleton had been convicted of a prostitution charge in Winnebago County in January 2016. Philipsen, based on that conviction, was ordered to submit a DNA sample.

Investigators tracked down Philipsen on Wednesday and arrested him on a charge of second-degree sexual assault with force. He’s currently in the Outagamie County Jail.