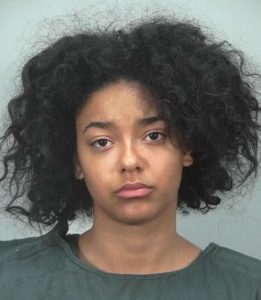 A Madison teen, whose arrest sparked protests this week over claims of police brutality, is out of jail.

The Dane County District Attorney ordered the arrest of 18-year-old Genele Laird Thursday, two days after she was arrested outside a mall by Madison Police. Police have said Laird showed a weapon and threatened a mall employee Tuesday, then allegedly scratched and spit at an officer while resisting arrest. No charges have been filed.

The arrest has drawn national attention and led to protests in Madison, after a video of police taking Laird in to custody was posted online. Laird’s family and several community leaders have argued police used excessive force during the arrest.

Madison Police Chief Mike Koval defended his officers earlier this week, saying the video only showed a portion of the events surrounding her arrest. Koval has ordered an internal review of the incident.