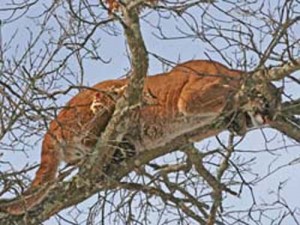 Officials in western Kenosha County are urging resident to be aware of a possible cougar on the loose in the area.

While the big cat has not officially been spotted, the alert is based on reports from residents, along with some attacks on chickens. A state DNR expert was brought in to offer help, while an automated emergency call was placed to residents in the Town of Wheatland, for a three miles radius where the chickens were attacked. The message urges caution with children, livestock and pets in outside areas.

North American Mountain Lions, as they’re officially known, are not native to Wisconsin, but have been documented moving thru different parts of the state, including the Southeast corner.