You are here: Home / News / Remembering the victims of Orlando 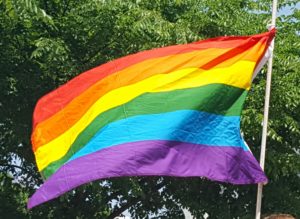 Rallies and vigils continue across the state, as several communities reflect on the lives lost Sunday morning in Orlando. In Madison, Dozens of people gathered on the state Capitol steps Tuesday to honor those killed or injured in the mass shooting at a gay night club.

Dick Wagner of Madison said violence against the LGBT community is nothing new, as he called on those communities to deal with the tragedy together. “We have stood and will stand up against such rhetorical violence, such real and actual violence, and against such loss,” he said. “It’s our history, it’s why we know homophobia is real…Orlando is just the most recent proof of that.”

Events have been held around the state in the days since the shooting, with some drawing hundreds of people to remember the victims and to call for an end to the violence.