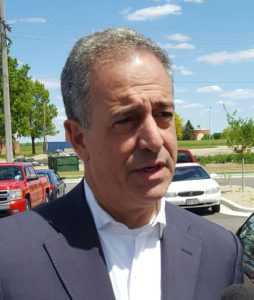 Feingold has said for months that he would not be taking sides in the race for the nomination between Clinton and Vermont Senator Bernie Sanders – even refusing to say who he voted for in the state’s presidential primary. However, in a statement released by his campaign Thursday, he said he’s proudly backing the former Secretary of State in her bid for the White House.

“She won a hard-fought campaign, she made history, and it’s clear that she’s ready to take on Donald Trump this fall and win,” Feingold said in a statement.

Feingold also offered congratulations to Sanders, who he said “has done incredible work to build a movement behind essential issues for middle-class and working families.”

Feingold is seeking to win back the Senate seat he lost in 2010, with a rematch against incumbent Republican U.S. Senator Ron Johnson in November.