You are here: Home / News / State DOT backs away from shared facility with Outagamie County 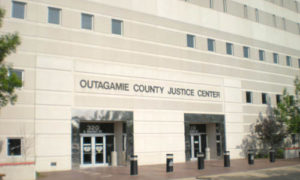 The State Patrol will not build a joint facility with the Outagamie County sheriff’s department.

The DOT wants to move the State Patrol’s northeast region headquarters from Fond du Lac to the Fox Cities and have been studying the idea of a shared facility for months. County Executive Tom Nelson says he received news of the state’s decision Wednesday morning, which he called disappointing.

A letter from DOT Secretary Mark Gottlieb said the site that the county proposed is near a high-voltage power line, which could interfere with the State Patrol’s communication system. Gottlieb said the property also limits the possibility to expand the building.

Nelson said the county will move forward with plans for a sheriff’s department building, along the I-41 corridor, on its own.