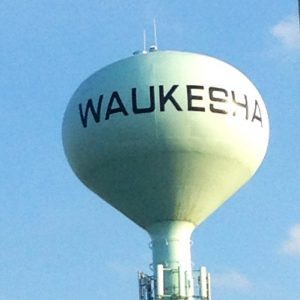 After years of planning and hearings, Waukesha’s request to take its drinking water from Lake Michigan has won final approval.

A council representing the eight Great Lakes states unanimously approved the plan Tuesday, which will allow Waukesha to withdraw up to about 8.2 million gallons of water a day from Lake Michigan. Waukesha Mayor Shawn Reilly called the decision an “enormous accomplishment for the people of Waukesha, after more than a decade of work.”

Waukesha’s request is the first to win approval under the 2008 Great Lakes Compact. Critics have cautioned allowing the plan to move forward could make it easier for other communities who lie outside the Great Lakes drainage basin to access water.

The city was seeking a new drinking water source because of concerns about radium contamination in its existing wells.

The plan approved Tuesday has seen numerous revisions, including a reduction in the maximum amount of water the city will be allowed to take. Multiple additional amendments were adopted ahead of Tuesday’s vote, which are designed to provide additional safeguards.

Racine Mayor John Dickert and environmental groups blasted the decision, arguing it puts the future of the Great Lakes Compact in jeopardy. “All the work that they did to protect the Great Lakes in the compact – it’s over. This is all going to become court cases now, and all that hard work is for naught…because the first time they challenged the compact, the governors gave in,” he said.

Dickert is also upset about the lack of environmental monitoring in the plan, since Waukesha plans to return its treated wastewater to Lake Michigan using the Root River – which flows through Racine County. He says that could cause health and safety concerns from those swimming in the river or near where it feeds into the Great Lakes.