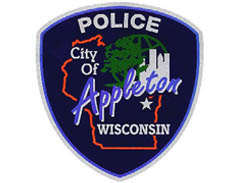 Appleton police are asking prosecutors to charge a man accused of stealing a squad car in Grand Chute and carjacking a woman, and 36-year-old Michael Lawrenz may face additional charges. Sergeant Dave Lund said the incident began Saturday evening at Pawn America on Westhill Boulevard. That’s where Lawrenz allegedly fought with Grand Chute officers who confronted him about shoplifting. One of the officers was injured.

Lund said Lawrenz was eventually able to get in one of the squad cars, and officers fired at him as he drove away. Lawrenz pulled over a 35-year-old woman a short time later in Appleton, allegedly pulling the woman out of her car and driving away.

Brown County deputies spotted the car on I-41, and were able to stop and arrest Lawrenz. Lund said Lawrenz later admitted to several other crimes in the Fox Valley. A second suspect in the case was not involved in the fight with officers, the squad car theft, or the car jacking, but could face other charges.

Appleton police are asking for a robbery charge against Lawrenz for the carjacking. Lund said more charges are likely for stealing the squad car, fighting with officers, and leading Brown County deputies on a short chase.