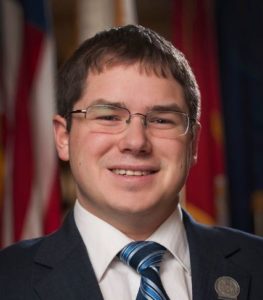 The governor’s apparent opposition to developing more revenue for transportation funding is getting a little push-back from one Democratic state lawmaker.

State Representative Mark Spreitzer (D-Beloit) says Wisconsin currently ranks 47th in road quality and needs to find funding to repair the crumbling transportation infrastructure. Governor Scott Walker has said he opposes any tax or fee increase to pay for roads, unless it’s off-set in other areas, while Republicans have indicated they will oppose more borrowing for road projects. The issue held up budget talks last year for more than month, with GOP leaders eventually cutting back the scope of the borrowing Walker had proposed.

The governor recently asked the state Department of Transportation to submit its request for the next state budget by mid-September, and for it to prioritize projects and reduce new spending. Spreitzer says the governor’s stance could jeopardize lives, especially when it comes to structurally deficient bridges. “We are seeing studies showing that a lot of our bridges are structurally deficient, not up to the standard that they should be,” he says. “Nobody wants to think that a bridge might collapse when somebody’s driving on it, but it’s certainly happened other places and it could happen here.”

Spreitzer says revenue needs to be found, suggesting an increase in the gas tax or registration fees may be warranted. He says it’s time for the legislature to take the lead and hopes it can be a bipartisan conversation.