You are here: Home / Packers / Favre to be presented by his wife at Hall of Fame 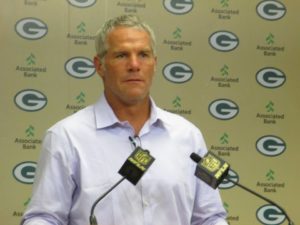