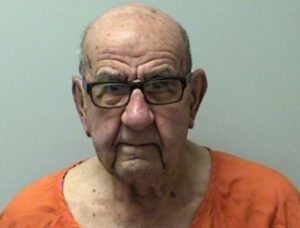 A 92-year-old Wausau man will likely spend the rest of his life in prison for molesting a young female relative in the 1990s.

A Marathon County jury convicted Edward Heckendorf in February on eight charges of first degree child sex assault, and Circuit Judge Michael Moran on Tuesday handed down a 20 year prison sentence on each of those counts. They will all be served at the same time, but the earliest Heckendorf could be released is when he’s 112. Moran said he wanted to make sure Heckendorf could never molest a child again.

Heckendorf still has more than one dozen charges pending for a pair of fourth degree adult sexual assaults, disorderly conduct, and bail jumping.