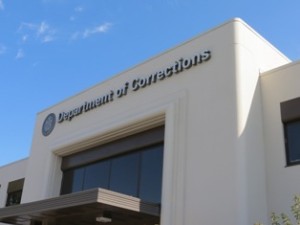 A Democratic state lawmaker is calling for an independent review of working conditions at the Green Bay Correctional Institution.

The request from state Senator Dave Hansen (D-Green Bay) comes after three incidents at the prison in the past year in which inmates attacked and injured staff. Those attacks have included physical assaults, stabbings, and boiling water being thrown on an officer, causing significant burns. “They are putting their life at risk, and we’re concerned that, ultimately, somebody may lose their life,” the Green Bay Democrat argued.

Hansen sent a letter this week to Department of Corrections, asking Secretary John Litscher to authorize an independent review of conditions at the facility. He argued an outside review is the best approach, so staff don’t have to worry about possible retribution for speaking out against working conditions. “I think more of the officers would be willing to talk to someone who is independent.”

The Green Bay Democrat says he did receive a response from Department of Corrections Secretary John Litscher that the agency would look into his concerns.

A DOC spokesman said it is standard procedure to review significant incidents, including staff assaults, which are conducted by institution leadership, division leadership, and others as necessary. “Secretary Litscher has made the safety and security of staff, inmates, and visitors in DOC facilities his top priority. Secretary Litscher has visited GBCI as part of his department-wide push for open lines of communications between staff and management.”