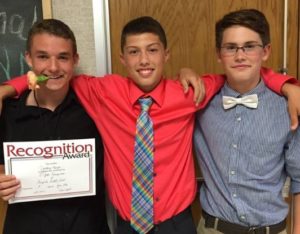 “They went into the mines, they went in a little bit farther, they got lost, turned around and as a result were not able to find the same entrance they went into, and stayed in the mine overnight.” Schmidt said, adding that the three made a good choice in staying together and staying put once they bacame lost and their cellphones went dead.

The boys were trespassing in the mine, which is posted and is owned by UW Milwaukee. Schmidt said for now, charges aren’t being considered.

In addition to local personell, firefighters from Milwaukee and Madison also participated in the search.

Madison Assistant Fire Chief Clay Christianson said a DNR specialist guided searchers to the a point near where the boys were eventually found.