You are here: Home / News / Pocan makes plea for action on gun control 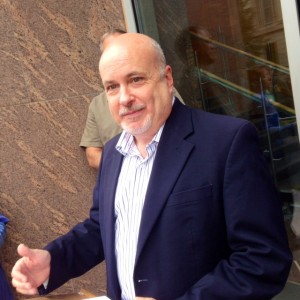 Just two weeks after staging a sit-in on the floor of the House of Representatives, Democrats again made impassioned speeches in Congress to call for action on gun control measures.

U.S. Rep. Mark Pocan on Wednesday argued that Congress has an opportunity to save lives and reduce an epidemic of gun violence. “These ideas aren’t necessarily progressive pipe dreams,” he said. “They are the first necessary steps towards preventing gun violence.

Pocan urged votes on bills that included expanding background checks for firearms purchases and banning those on the terrorist no-fly list from buying guns.

During his remarks, Pocan also invoked the death of Caroline Nosal, a Madison woman who was killed earlier this year by a former co-worker who bought a handgun a day before the shooting. “Only months before this tragedy occurred, Governor Scott Walker and the legislature…changed a decades old Wisconsin law that had required a 48 hour waiting period to buy a handgun,” Pocan noted. “A measure that, had it been in place, might have saved Caroline.”

House leadership had planned to vote this week on a gun control bill, but push-back from conservatives appears to have indefinitely delayed a vote, according to a report by Politico.